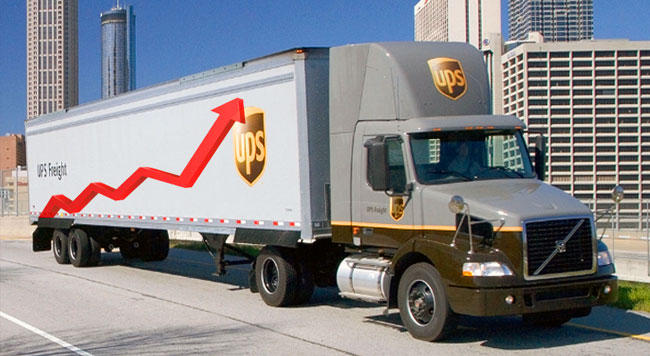 United Parcel Service, Inc. announced an increase in its Ground, Air, International and Freight average rates, the company has announced these rate hikes a month and a half earlier than last year.

In earlier fashion than usual, UPS yesterday rolled out United States rate changes that will go into effect in the coming weeks and months.

UPS officials said in a statement that the company continues to make investments in the speed, scope and coverage of its transportation network.

The announced rate changes include:

On May 6, UPS said it is changing the measurement that determines whether the UPS Additional Handling charge will be applied to UPS Ground services packages in the U.S. explaining that any package with the longest side exceeding 48 inches, instead of 60 inches, will be assessed the fee and that the additional handling fee of $10.50 remains the same, with the change not impacting UPS Air or International shipments.

“This change is being implemented due to the additional handling required for these types of packages in the UPS network,” UPS said at the time.

An industry stakeholder was blunt in explaining those additional handling pricing hikes by UPS and FedEx, simply saying “they do it because they can.”

Given the ongoing strides e-commerce is making in terms of boosting ground delivery volumes, coupled with the vast UPS-FedEx duopoly continuing to dominate the domestic ground package market, it wouldn’t make sense for them not to raise rates, it seems, he added.

Read the complete article on supplychain247.com