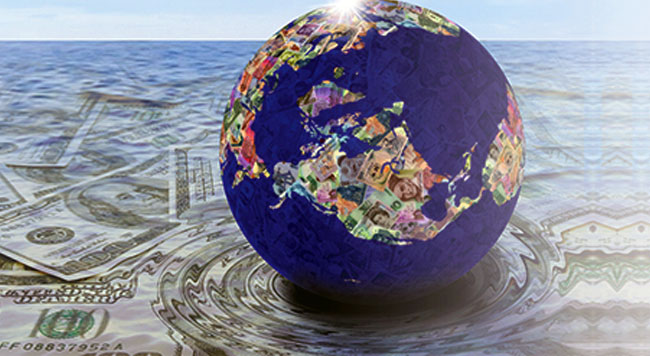 Trade and transport analysts see a negative international market outlook worsen, though some contend that this trend could be reversed later in the year, meanwhile, logistics managers should brace for a volatile period of rate fluctuation.

For the last six months of 2015, shippers indicated that they were concerned about sustaining long-term distribution plans.

That anxiety appears to have deepened, say the analysts charged with putting together the Stifel Logistics Confidence Index – a report that saw scores sink to their lowest ebb in three years.

“The continuation of negative macroeconomic trends at the global level – principally emanating from China – represent the chief cause of this decline,” observesJohn Manners-Bell, chief executive officer of the London-based consultancy Transport Intelligence(Ti) that conducts the index survey.

Chinese retail sales were up by 11 percent year-on-year in 2015, but the country saw exports fall by 6.9 percent over the same timeframe in value terms, while the import decline was even worse at 18.8 percent.

Each month, shippers responding to the Stifel Logistics Confidence Index survey are queried with a unique, “one-off” question, explains Manners-Bell. “The December question was based on the prospects for volumes during the past year’s peak volume season. We asked respondents what they expect to see happen given that China’s economy has been stumbling and global trade volumes have been subdued.”

The largest response group, with 36.4 percent of the total, believed volumes would be adequate, but that last year’s peak was not as pronounced as in previous years. The second largest group, consisting of 33.3 percent of the respondents, anticipated a low peak at best.

“The last two respondent groups each represented 15.2 percent of the total sample, with one set arguing that it’s too early to tell if there was a meaningful peak, and the other expecting a normal post-peak season with healthy volumes,” concludes Manners-Bell.

These findings closely mirror those gathered by Moore Stephens International Limited, a global accountancy and consulting network, also headquartered in London. Their own Shipping Confidence Survey suggests that there may be an eventual reversal of sentiment regarding peak volumes, however.

“Because things were so bad in May 2015, many shippers may be ready to become more optimistic by next May when they begin planning for the next peak season,” says Richard Greiner, a partner in Moore Stephens shipping industry group. “Shipper volumes in 2015 fell to a seven-year low. Perversely, volatility works both ways.”

He notes that the World Trade Organization’s global volume forecast represents a rise from 2.8 percent in 2015 to 4.0 percent in 2016. Again, that’s good news for shipping.

World trade carried by sea is also on the increase and, despite the current difficult economic climate, the longer-term outlook for the industry remains positive as emerging economies continue to increase their requirements for seaborne goods and raw materials.

“Those shippers who are not attracted by the longer-term prospects will doubtless exit the industry, and in the process may help solve some of its problems,” says Greiner. “Meanwhile, we see rates staying relatively low in the maritime and air cargo sectors, but increased volatility in other sectors.”

Read the complete article on supplychain247.com